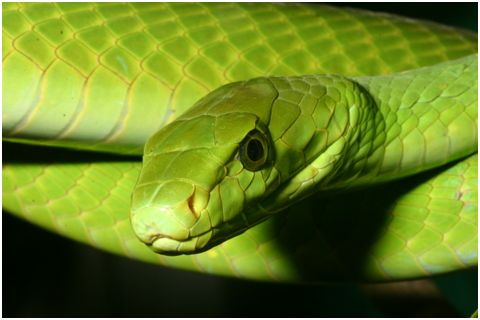 An elderly woman, thought to be a Siberian National, bitten twice by a Green Mamba while crossing Umdloti Link Road is fighting for her life in the Netcare St Umhlanga Hospital.

It is alleged that the woman had been crossing the road near a local shopping centre when a car passing by ran over the snake which had also been on the roadway. The reptile thereafter bit the woman twice on her lower leg.

Netcare911 Paramedics arrived to the find the woman at the roadside in a critical condition after the snake’s venom which is predominantly neurotoxic, had taken effect.

She was intubated and placed on a manual ventilator by Netcare911 Advanced Life Support Paramedic Naven Pullian and his team. She was stabilised there before being airlifted by the Netcare 3 Aeromedical Helicopter to hospital for essential and definitive medical intervention.

Metro police at the scene killed the injured animal and identified it.