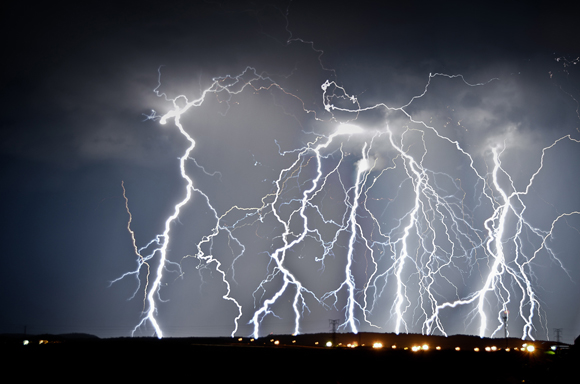 Lightning in photo by Pierre Steenkamp

Woman dies after being struck by lightining in Mpumalanga

A thirty year old woman has died after being struck by lightning during the storm that hit the Lowveld in Mpumalanga this afternoon at around 15h00.

The incident occurred near the Lowveld College of Agriculture.

Reports from the scene is that the woman who was a farm worker was working on the farm at the time of the incident.

Paramedics managed to stabilise the critically injured woman on scene and then transported her to a nearby hospital for further medical care.

Sadly, the woman died in hospital this evening.

Lightning and the Safety of Pedestrians