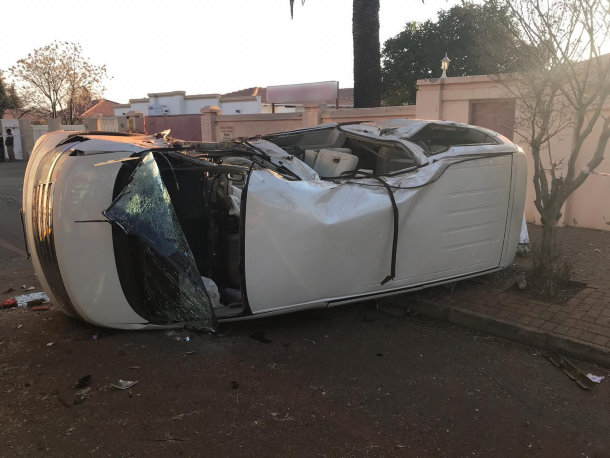 A woman was killed and two others critically injured, including a young boy, following a vehicle rollover on Annan Road in Carletonville.

ER24 paramedics arrived on the scene at 07h34 to find another service already in attendance. A light motor vehicle was found lying on its side, partially off the road. A woman was found lying a few metres away while the two other patients, another woman and a 4-year-old boy, being assessed by another service.

Assessments showed that one woman had sustained numerous injuries and showed no signs of life. Nothing could be done for her and she was declared dead.

The two other patients were assessed and found to be in critical condition. Medics treated the patients and provided them with advanced life support interventions before they were airlifted by the ER24 Oneplan Helicopter to nearby hospitals for further care.

Local authorities were on the scene for further investigations.

Herdsmen discovered a decomposing body in a River in Eastbury