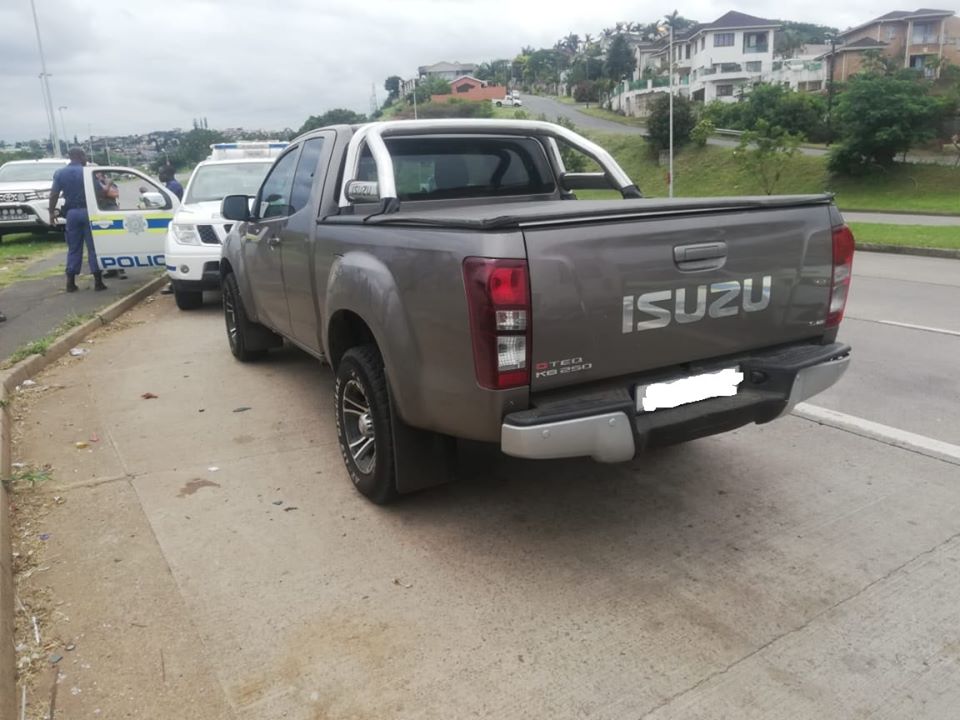 Duo to appear in court after shoot-out at Newlands East

DURBAN – It is alleged that yesterday at 10:00, the victim was at his place of residence at Ashburton when he was confronted by three armed men in his office.

The victim and his three children were held at gunpoint in the office whilst the suspects stole a computer and two TV sets before fleeing the scene in complainant’s vehicle. The victim managed to untie himself and alerted the police. A case of robbery was opened at Alexandra Road SAPS.

A multi-disciplinary operation was conducted after information was received from Tracker that the vehicle was in the vicinity of Newlands East. The vehicle was spotted on the M21 travelling towards Newlands East. A chase then ensued and there was an exchange of gunfire between police and the suspects.

Two suspects both aged 35 were placed under arrest at the crime scene while trying to flee. One of the suspects sustained an injury on the leg during the exchange of gunfire. The stolen vehicle was found with all the property that was stolen in Ashburton.

Charges of attempted murder and possession of the suspected stolen property are being investigated by Newlands East SAPS. The arrested suspects are due to appear in the Durban Magistrates Court tomorrow.

“The recent arrests and the recoveries made by police are evident that we are in full swing with Festive Season Operations. Criminals will have a hard time trying to evade the long arm of the law,” said the KwaZulu-Natal Provincial Commissioner, Lieutenant General Khombinkosi Jula.