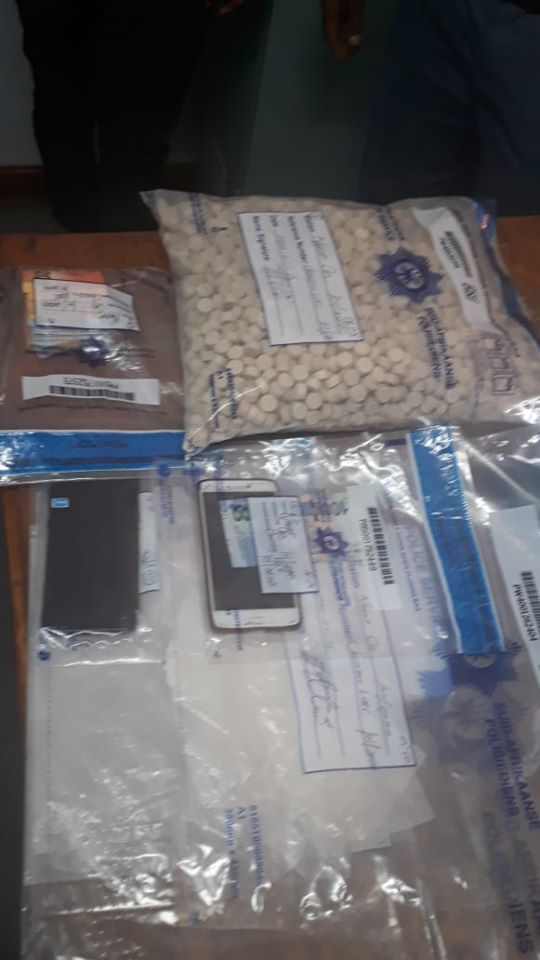 NORTHERN CAPE – On Wednesday, 15 January 2020 at about 01:20, a black Volkswagen Polo was at the Nakop border to cross the border. The police officials who were on duty Sergeant Letsholo Matikane, Sergeant Lesego Kelokilwe and Constable Bongani Shabalala approached the vehicle for verification of drivers licence as well as conducting a search on the vehicle. A fine was issued after the members discovered that the driver was not in possession of a valid driver’s licence.

While members proceeded with the search on the vehicle, mandrax tablets to the estimated value of R840 000-00 were found stashed in the glovebox and some underneath the rear passenger’s seat. Two cellphones and cash were confiscated. The two male suspects aged 38 and 43 were arrested for dealing in drugs.

The Acting Cluster Commander, Brigadier Sampie Koopman applauded the members for a sterling job by conducting a thorough search on the vehicle resulting in the prevention of drug smuggling.