BREAKING NEWS
GMT+2 03:53
Home Accident Cover A man was critically injured following a collision between his car and a truck in Eikenhof 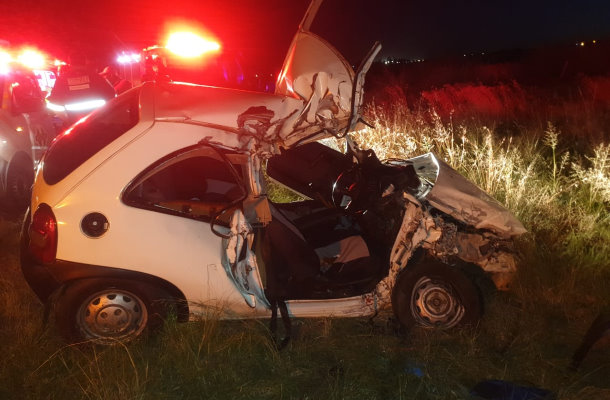 A man believed to be in his late 20s has been critically injured after the car he was driving collided with a truck on the R550 in Eikenhof, South of Johannesburg this evening.

ER24 paramedics arrived on the scene at 18:40 to find another emergency service as well as the Midvaal Fire Department already in attendance. The man was found entrapped in the wreak of the light motor vehicle and the Fire Department cut through the roof to extract him. Advanced Life Support interventions were necessary to stabilise the patient on the scene as well as in the ambulance on the way to Chris Hani Baragwanath Hospital.

The driver of the truck had suffered minor injuries and declined transportation to the hospital. Both Metro and the South African Police Services were on the scene for further investigations.