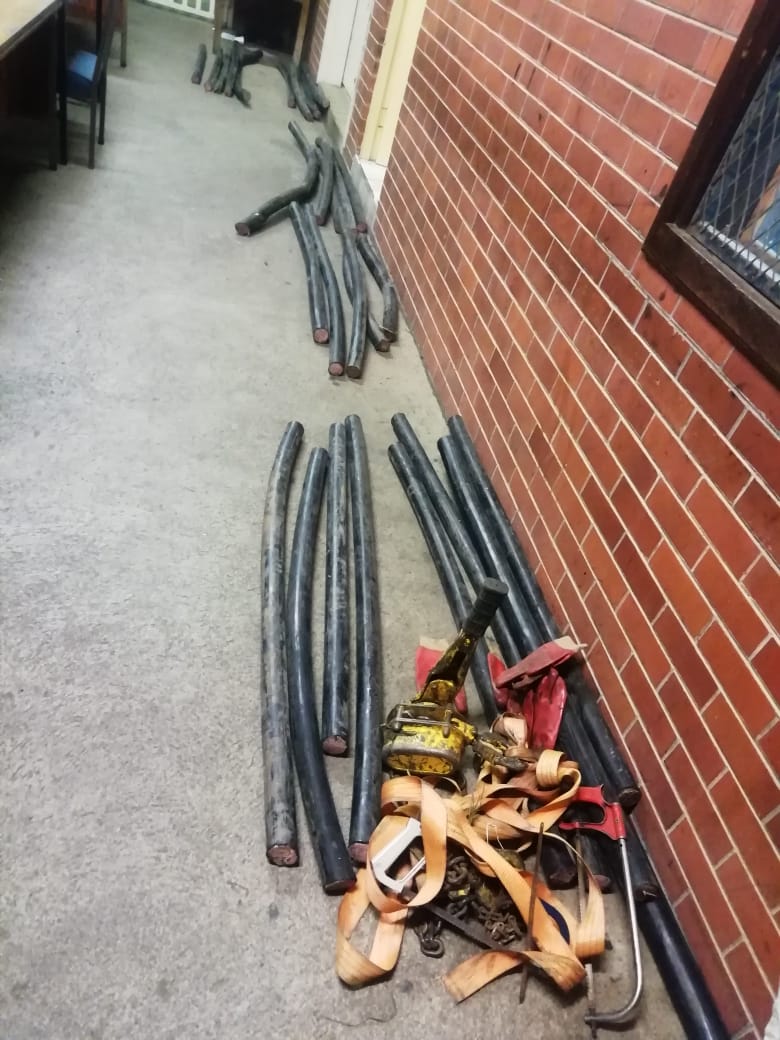 Suspects arrested for possession of stolen copper cables in Durban

DURBAN – This morning at 04:00, the Phoenix police officers were busy patrolling the Campbells Town area near Mount Edgecombe when they noticed six suspicious males busy loading items into two vehicles.

Upon checking, they saw the two vehicles which were parked parallel to each other. The said males were approached and upon checking the vehicles, the police discovered two-meter thick cables and machine cutters. The men were questioned as to where they got these cables but they failed to give a satisfactory explanation.

All six suspects aged between 25 and 36 were placed under arrest for possession of a suspected stolen property. The two vehicles were also seized by police for further investigation. The recovered cables were identified by Telkom. The suspects are expected to appear in the Verulam Magistrates’ Court tomorrow.

Four police officials remanded in custody for extortion and corruption