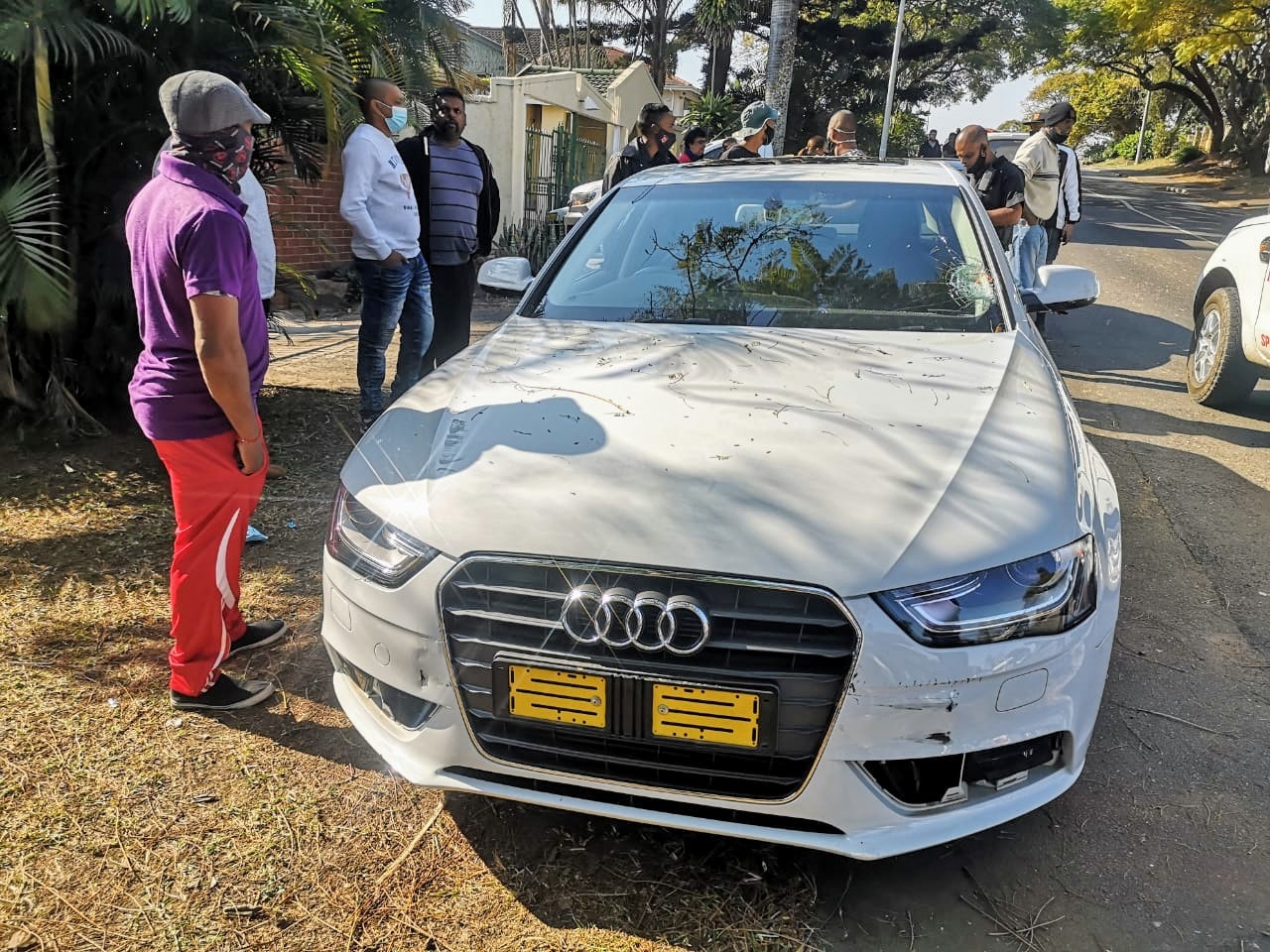 A man who ran over a teenager on Coronation Road in Tongaat was apprehended by the public after he collided into a Ford Ranger on Belverdere Drive while fleeing the initial accident.

The driver of a white Audi A4 knocked into a 15-year-old girl who was walking home with a group of people following a prayer meeting this morning (Sunday). The teenager suffered serious injuries to her head. The Audi A4 sped off after the accident.

Members of Reaction Unit South Africa (RUSA) received information on the hit and run at approximately 10:11. While attending to the scene Reaction Officers were informed that the vehicle involved in the accident collided into a Ford Ranger bakkie on Belverdere Drive.

Officers proceeded to the location where the driver of the Ford Ranger bakkie apprehended the driver of the Audi A4. The public threatened to assault the man who was suspected of driving under the influence of alcohol. Reaction Officers placed him under arrest and handed him over to the Tongaat SAPS.

The teenager was stabilized on the scene and transported to the hospital by ambulance.