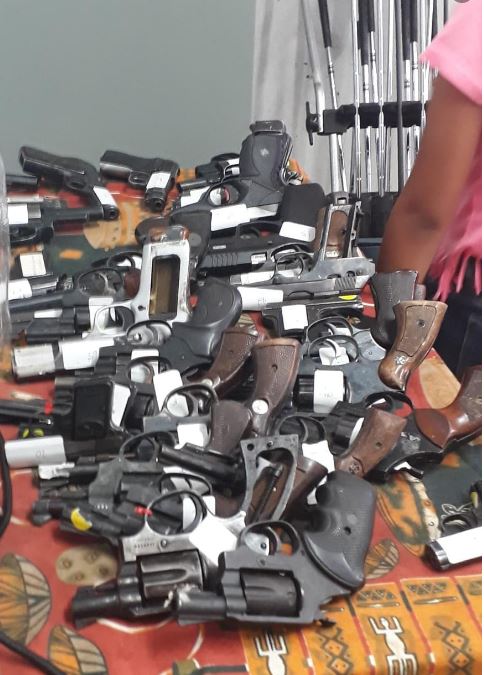 Illegal firearm owners get a second chance with the new Firearm Amnesty period.

A new Firearm Amnesty for a period of six months, commencing today, 1 August 2020 until 31 January 2021, has been approved by Parliament during this past week.

The previous amnesty period which was also intended for a period of six months, between December 2019 and May 2020 was thwarted by the unexpected Covid-19 pandemic. Despite this, the South African Police Service received a resounding 46 714 firearms.

However, we believe that there are much more firearms out there that still need to be surrendered and we are confident the response to the previous amnesty would have been even more resounding if it were not for the pandemic.

The restrictions of Levels 5 and 4 somewhat prevented people from turning in illegal as well as their unlicensed and unwanted firearms and ammunition.

This had prompted the Minister of Police, General Bheki Cele to approach Parliament to approve a new application of a six months amnesty period. The approval of the new application has since been published in the Government Gazette on 31 July 2020 which now allows all persons with illegal or unwanted firearms as well as ammunition to hand them in at their nearest police station.

We are urging people to take advantage of this period either to hand in those firearms and ammunition either for destruction or renewal of a competency certificate and a valid licence.

The latest National Crime Statistics once again show that firearms were the preferred weapon in the commission of most of the violent crime. Reducing the circulation of firearms may potentially reduce the scourge of violent crimes quite significantly.

The Firearm Amnesty envisages to see a reduced number of illegally possessed firearms in circulation in the country. It therefore provides firearm owners with the opportunity to hand in illegal and unwanted firearms which will result in the prevention of crime and promotion of safety to ensure people living in South Africa are and feel safe.

It must be noted that no indemnity will be granted for firearms used to commit any crime.

All firearms that have been handed in will undergo ballistic testing to ensure that they have not been used in the commission of any crimes, before they can be considered for destruction.