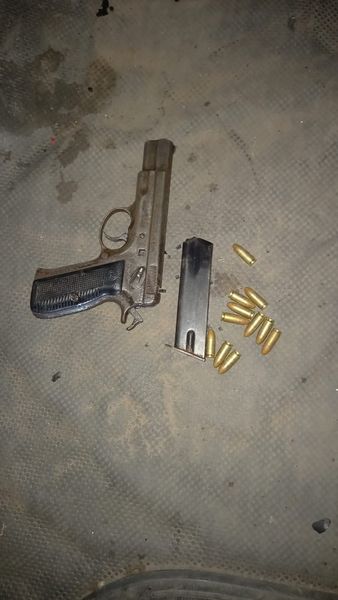 The Tactical Response Team deployed at Ngcobo recovered a stolen vehicle and three male suspects aged between 35 and 47 were arrested after being found in the vehicle with illegal weapons and ammunition, yesterday 13 January 2021.

The Tactical Response Team was informed that a white Quantum vehicle suspected to be stolen at Philippi East, Cape Town was roaming around in Cofimvaba with three armed occupants planning to commit armed robbery in the Cofimvaba area.

Way-lay operation was conducted and a vehicle fitting the above description was spotted and was stopped at corner of Market and High Street at Cofimvaba.

Upon searching the vehicle police recovered:

• Conspiracy to commit crime and

All the firearms will be taken to a ballistic test to ascertain whether they have been used earlier in commission of crime.

Suspects are expected to appear at Cofimvaba magistrate’s court on Thursday 15 January 2021.