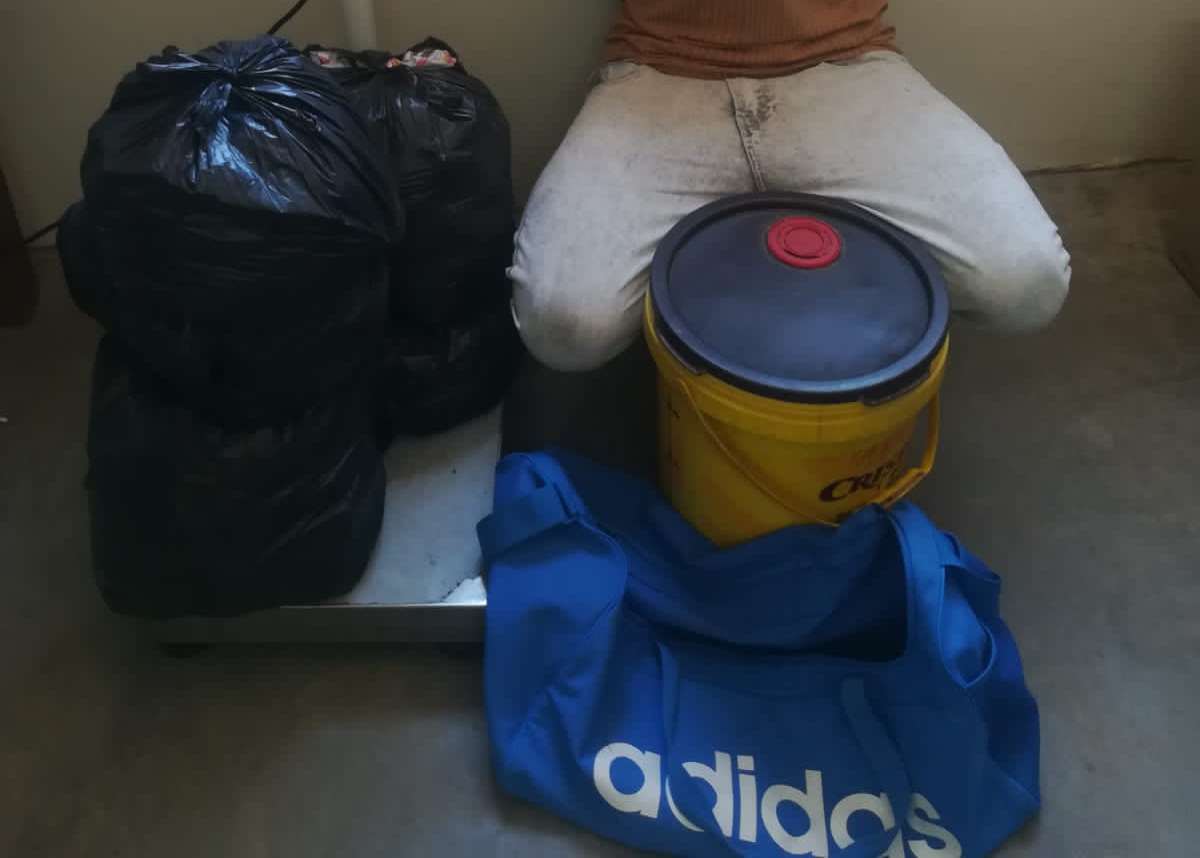 The Frances Baard Cluster Team arrested a 26-year-old male with dagga he allegedly carried in a bag and 20L bucket in Club 2000, Galeshewe. The suspicious looking suspect was stopped and searched during random patrols in Frances Baard Cluster operations on Thursday, 21 January 2021 at about 09:30. The police confiscated 4.8kg dagga from the suspect.

Police then continued and went on to raid a house in Soul City about half an hour later. The Team arrested a 34-year-old female after confiscating 45kg of dagga and 24 small bags of Tik. The total amount of the dagga and the drugs is about R250 000-00. The suspects should be appearing in the Galeshewe Magistrates Court soon.

The Acting Cluster Commander for Frances Baard, Brig Charlotte Makgari commended all the Provincial and Cluster SAPS members who formed part of the operations that comprised of roadblocks, VCP’s, patrols and random searches. All community members, Traffic and other role players who assisted are sincerely thanked for their role played in ensuring the operation is a success.