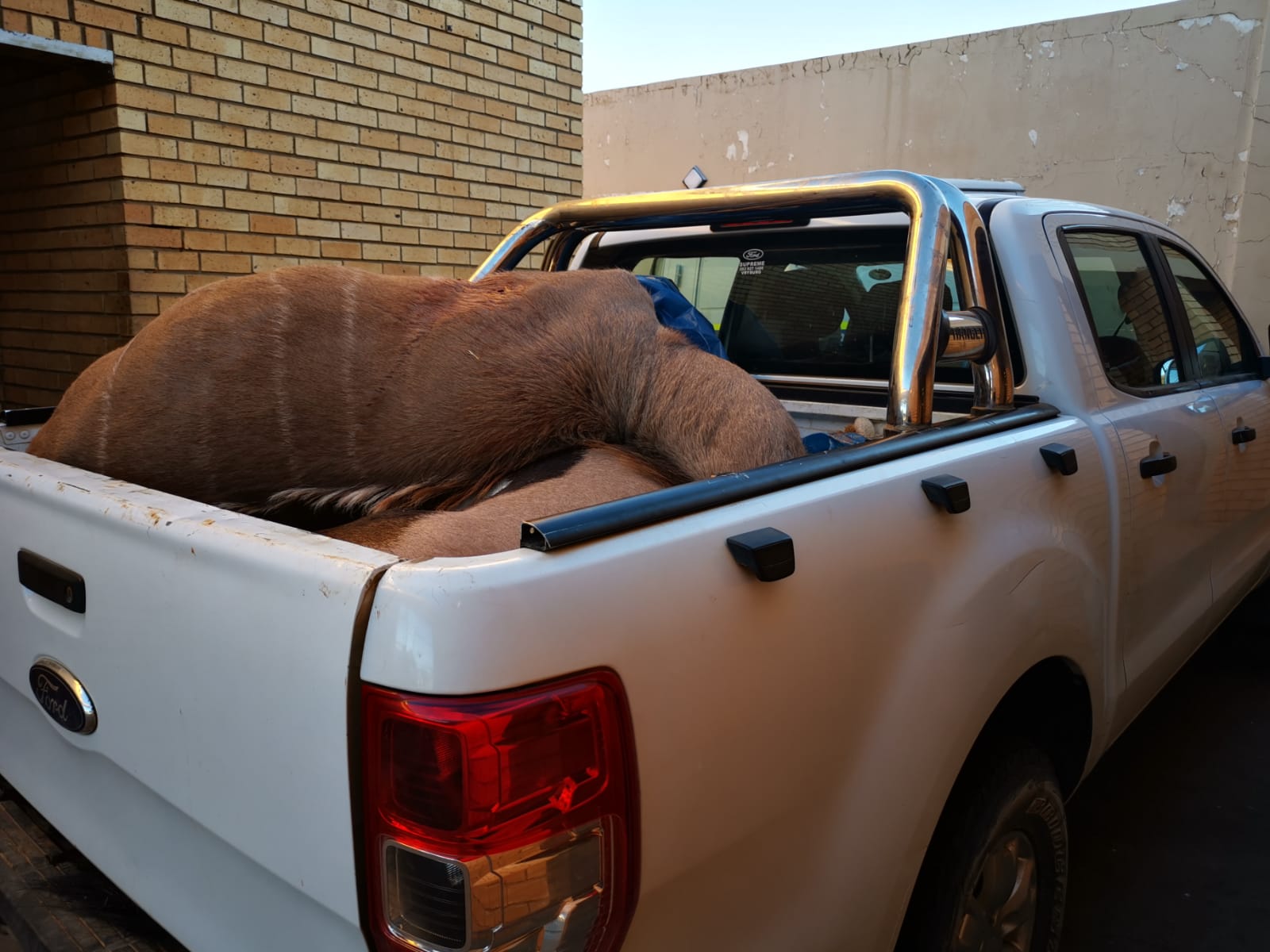 POP members were busy with patrol duty on the R31 road between Kuruman and Hotazel when they spotted a suspicious white Ford Ranger bakkie and they pulled it off the road.

Inside the vehicle, there were three male occupants and while searching the vehicle further they found two Kudus, one Gemsbok, one Steenbok and a hunting rifle.

Three men were immediately arrested and all exhibits including a rifle and a bakkie were confiscated.

The JTG District Commissioner, Major General Johan Bean commended members of Kuruman POP Unit for their good work and for being alert and observant at all times.

The three men will appear before the Kuruman Magistrate’s Court on Thursday, 13 August 2020 on a charge of illegal hunting.