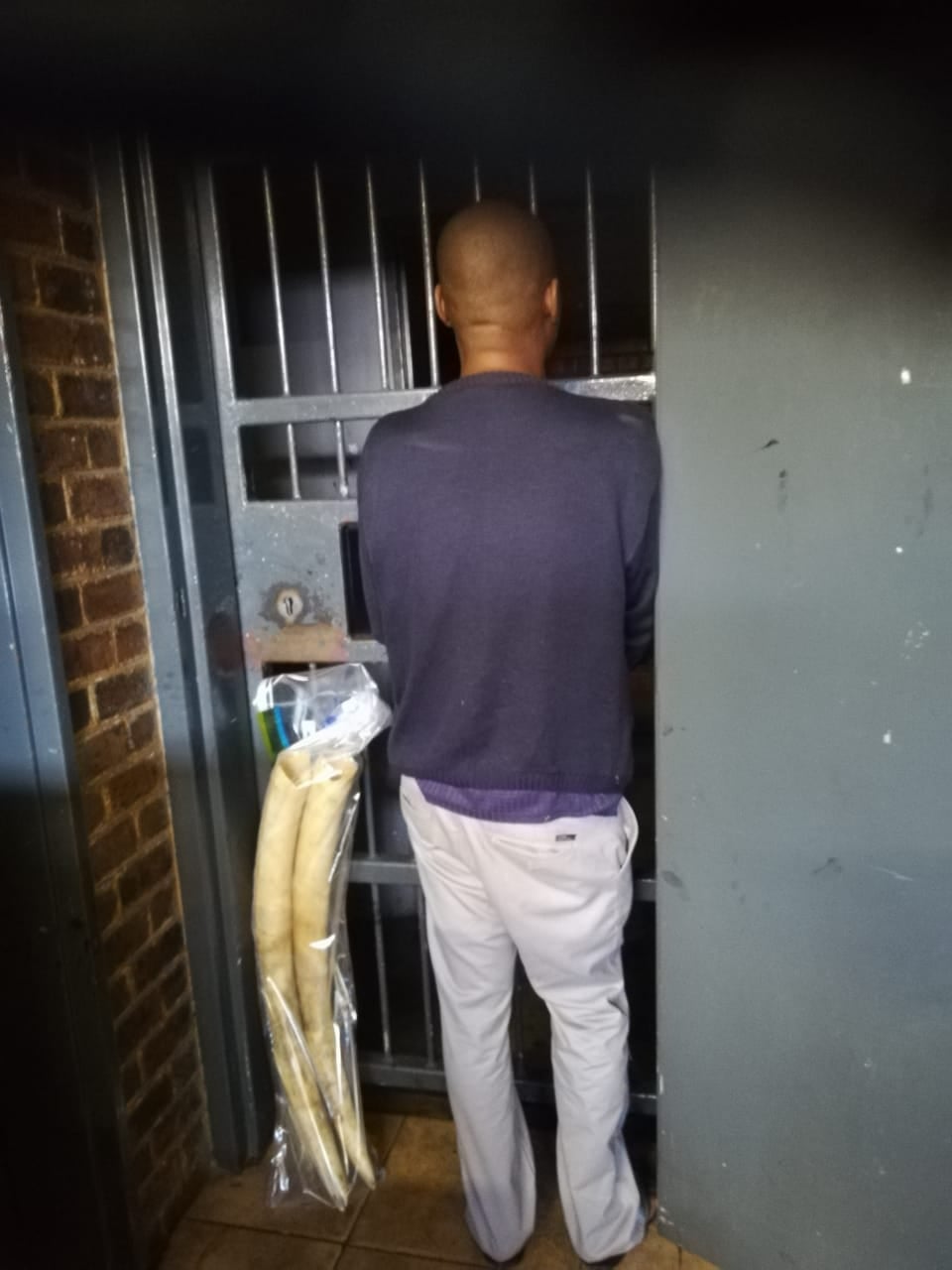 The police arrested a 53-year-old man after he was found in possession of two elephant tusks in Alberton on Monday, 03 May 2021.

The suspect was charged with possession of ivory and is expected to appear at Palmridge Magistrate’s Court on Wednesday, 05 MAy 2021.

Crime Intelligence members received information about a person that will be transporting elephant tusks. Information was conveyed to a team comprising of Johannesburg Flying Squad, Johannesburg Metropolitan Police Department, and Fidelity Specialised Services who intercepted the suspect at Heidelberg Road in Alberton.

Upon searching the suspect and vehicle, the team found two elephant tusks, and the suspect was arrested.

The monetary value of the ivory is yet to be determined. The directorate for Priority Crime Investigation (Hawks) will investigate further to establish the origin of the recovered ivory and whether there are other suspects involved.