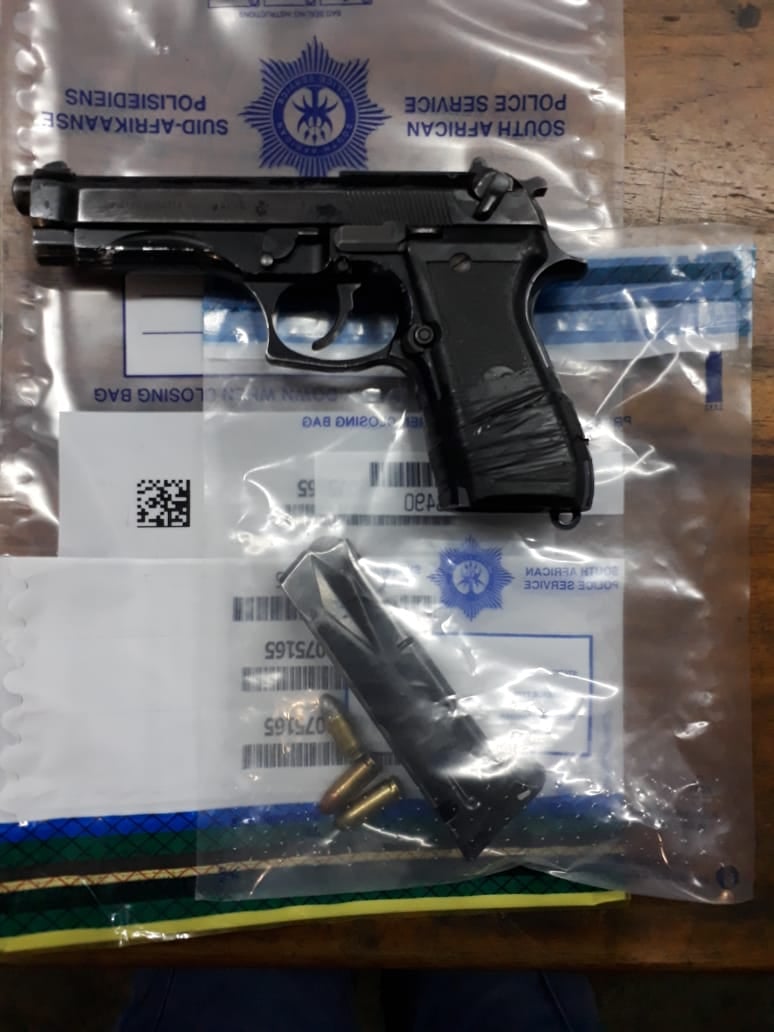 Concerted efforts to eradicate the spread of illegal firearms and gangsterism continue to result in successes in the Elsies River precinct.

Last night, at about 22:30, members attached to Elsies River SAPS arrested two suspects aged 22 and 32 on charges of possession of unlicensed firearms and ammunition in Avonwood, Elsies River.

Members responded to a complaint of a shooting in progress in Betty Street and while they were driving in the street they spotted three males all dressed in black clothes. The members approached the suspects who were shooting towards another street and as the suspects saw the police they turned around and fired several shots at them. The members retaliated.

One of the suspects ran into another street while two others, visibly carrying firearms, ran into a house in Naomi Street. The members followed them and searched the house. They recovered two 9mm firearms and ammunition with the assistance of the K9 unit’s sniffer dog.

The suspects were arrested and are scheduled to appear at the Bellville Magistrate’s Court once they have been charged.