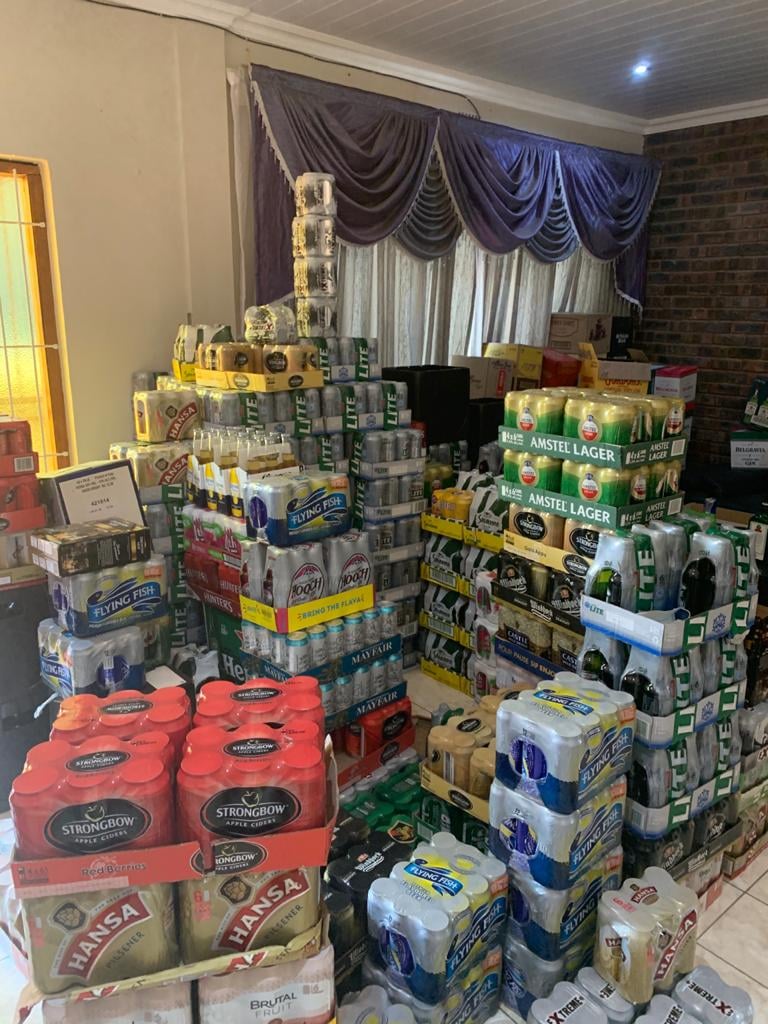 Members of the Welkom K9 Unit arrested eight (8) suspects aged between 22 and 57 on 20 January 2021 in Riebeckstad, Welkom, for transportation of liquor, selling or dispensing of liquor, and selling liquor in unregistered premises. Charges under Disaster Management Act adjusted Alert Level 3 were also added which included transportation and selling liquor during the lockdown.

They followed the bakkie to a house in the area where on arrival they found eight males busy unpacking liquor from the bakkie.

The members searched the premises and found more liquor and cigarettes. The two members called for back-up from Welkom Public Order Police and Welkom CIG Counter Narcotics as well as the Liquor Board so as to confirm the authenticity of discovered items.

The police thereafter confiscated counterfeit liquor and cigarettes valued at about R2 million.

The suspects will appear at Welkom Magistrate Court soon.