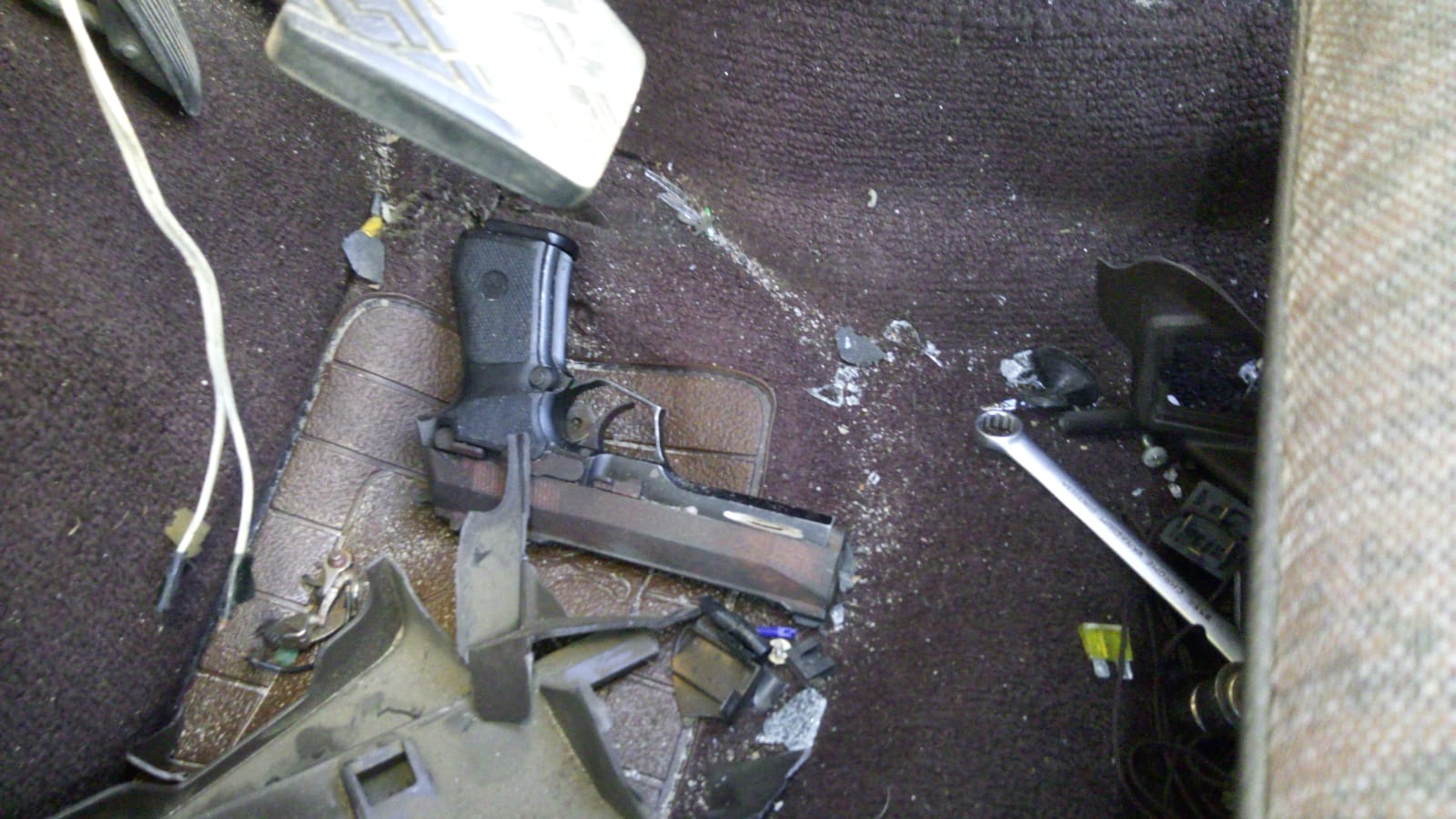 Three men arrested after pointing firearm at police in Rocklands

CAPE TOWN – On Friday, 30 October 2020 at about 06:10, Mitchells Plain SAPS Proactive Team members were busy with crime prevention duties when they noticed a suspicious light green Toyota Corolla and followed it. The members saw that two of the occupants had firearms in their hands. The driver pointed a firearm at the members before speeding off. The police gave chase and fired at the speeding vehicle. The driver of the Toyota lost control of the vehicle and crashed into a light pole at the corners of Merrydale and Potez Street, Rocklands.

Two of the occupants in the vehicle sustained injuries to their heads and body and were taken to hospital where they are under police guard for medical treatment.

Police seized a 9mm firearm with filed off serial number, magazine with 16 9mm rounds as well as one imitation firearm, found in the vehicle.

Three suspects aged 25, 29 and 44 were arrested. The suspects face charges relating to the pointing of a firearm, possession of unlicensed firearm and ammunition.

They are expected to appear in court on Monday, 02 November 2020 on the mentioned charges.