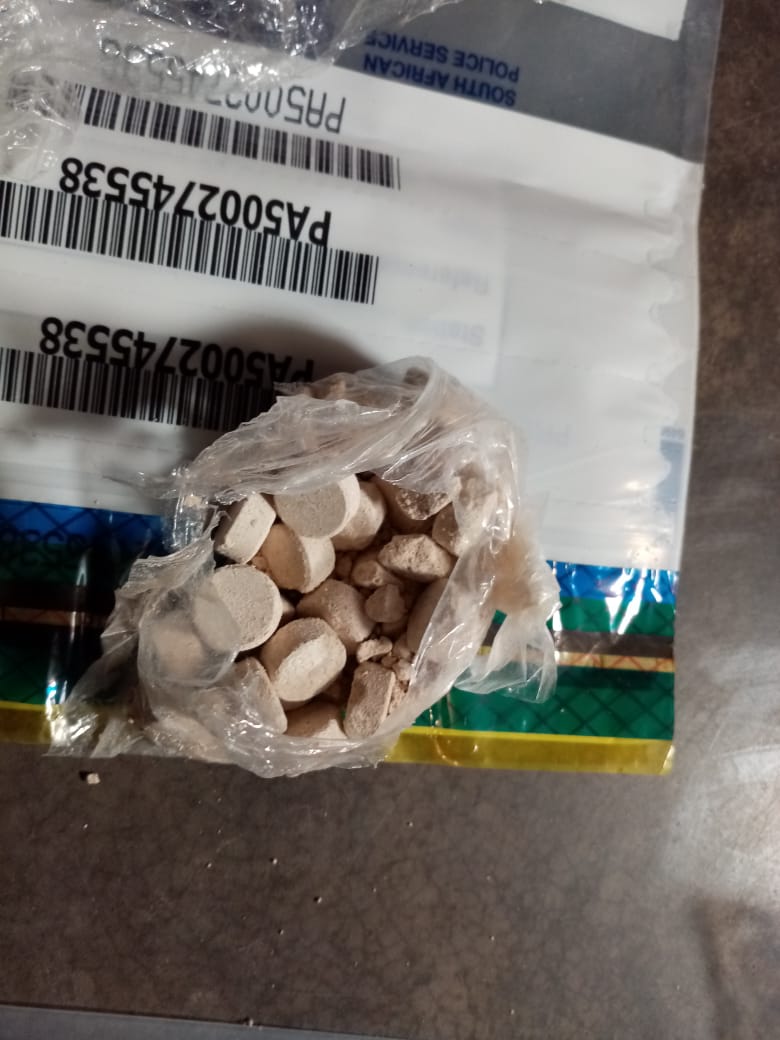 KIMBERLEY – Seven drug dealers who were on the police radar were finally arrested by police in Kakamas early this morning during an operation dubbed ‘Project Destroy’ led by Brigadier Dick de Waal, Provincial Head of Organised Crime.

Members of the Crime Intelligence, Provincial Organised Crime and Detectives have been monitoring the illegal dealing in drugs around the Kakamas area in the ZF Mgcawu District for some time leading to the takedown operation which was conducted this morning. The suspects have been selling these toxic and illicit substances to the residents of Kakamas and surrounding areas.

The seven suspects aged between 23 and 37 were sought and arrested at three different residential addresses in Kakamas. Mandrax tablets, dagga and crystal meth valued at R40 000-00, a substantial amount of cash, counterfeit money, 3 cellphones and a scale were confiscated during the operation.

Following the successful operation, Brigadier Dick de Waal commended the Crime Intelligence, Detectives, Public Order Police and Corporate Communication members, who were all involved in the operation for displaying a high level of professionalism during this operation.

The Deputy Provincial Commissioner for Crime Detection, Major General Koliswa Otola applauded the members for the successful execution of this operation. She reiterated that the arrest will assist in curbing drug dealing around Kakamas in particular and the Northern Cape Province in general. She urged law-abiding residents of the Northern Cape to give information to the police about people who are dealing in drugs or any criminal activities. “The destructive impact of illegal drugs on the community cannot be overemphasised”, said General Otola.

Information can be given through to the Crime Stop number 086 00 10111, the nearest police station, or alternatively via my SAPS App. All information received will be treated with the strictest confidence.