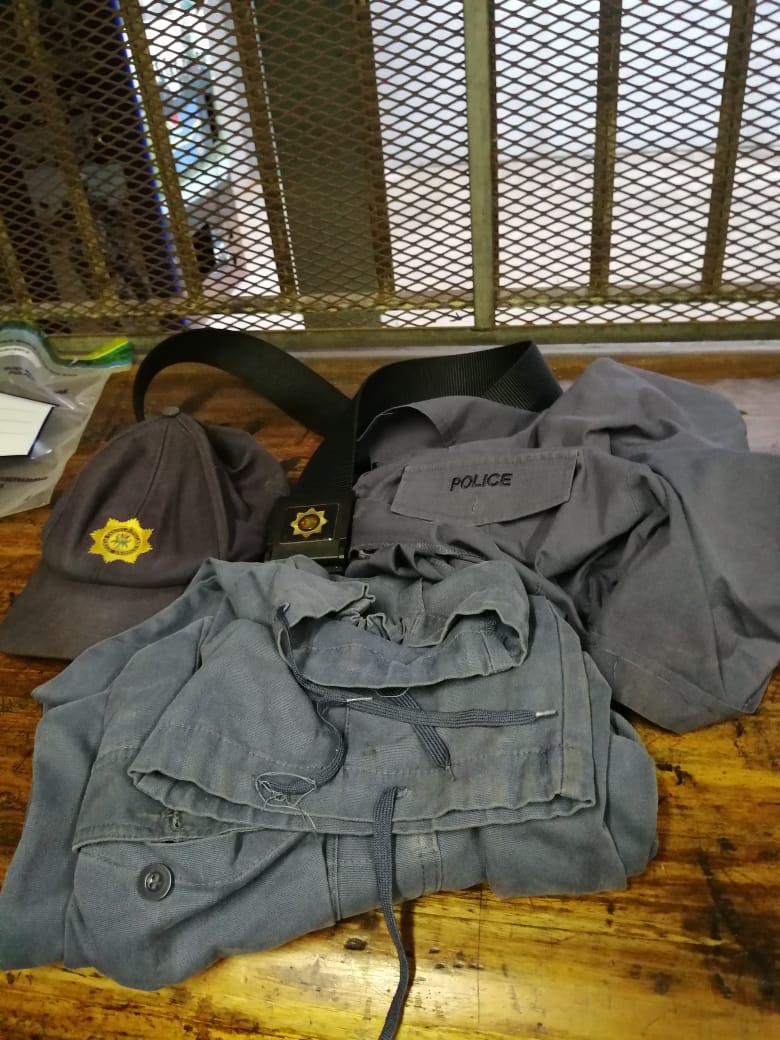 Five suspects aged between 33 and 44 are appearing in Durban Magistrates’ Court today facing robbery charges after they were arrested by police officers from Sydenham.

Yesterday, 4 August 2020, police officers from Sydenham SAPS were on Otto Volek Road when they spotted a white VW Polo with no registration plates traveling along the same road. The police officers followed the vehicle with the intention of investigating their suspicions. They were able to intercept the vehicle on Shepstone Road in New Germany and the five occupants in the car were searched. Police officers seized two firearms, cellphones, police uniform and cash that was found in the suspect’s possession.

The KwaZulu-Natal Provincial Commissioner, Lieutenant General Khombinkosi Jula praised the team for the arrest of the suspects and the recovery of stolen items.